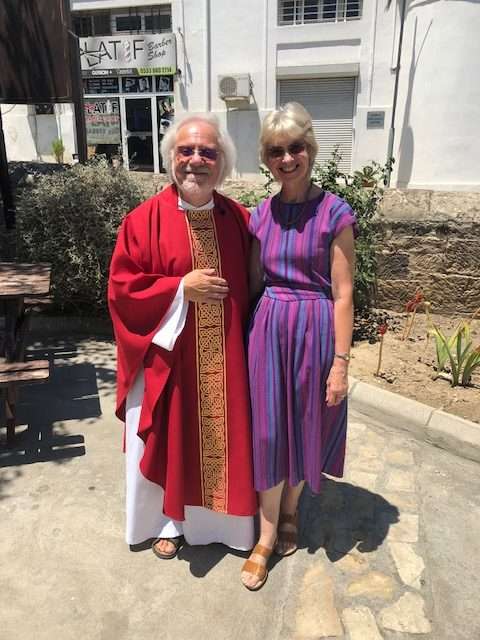 Fr Edward and his wife Janet

Sunday 1st July marked a special day of celebration. On that day Fr. Edward Jervis, one of the retired priests in St. Andrew’s, celebrated the 40th anniversary of his ordination to the priesthood.

The lectionary was laid aside for that day and instead the readings for the Feast of SS Peter and Paul were used, together with hymns appropriate to the occasion, for it was during Petertide that Fr. Edward was priested in 1978 in Lichfield Cathedral while serving as a curate in the parish of West Bromwich in the Diocese of Lichfield.

Following this he was Instituted as Rector of the Parish of West Tarring, also in the Diocese of Chichester, where he served until his retirement in 2014. 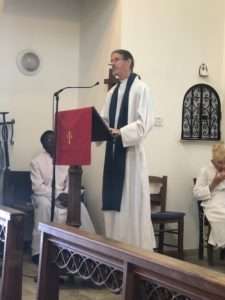 The guest preacher for this special service was Mr. Justin Arnott. Justin lives in Cyprus and has been a Lay Reader attached to the Cathedral of St. Paul in Nicosia. Following training he is to be ordained Deacon in the Cathedral on Saturday 7th July 2018 and will continue to serve in St. Paul’s.

During his sermon Justin marvelled at the juxtaposition of a new ordinand and a long-serving priest, but emphasised to the congregation that all ordained ministers, indeed all in the Church whatever the ministry to which they are called, ordained or lay, are supported by the prayers of the whole Church. This is vital and must be continued throughout the Diocese and beyond. 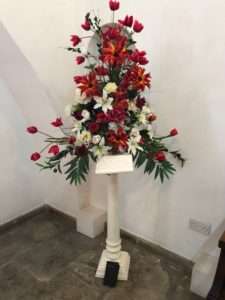 The beautiful floral display made by Linda Lister

The sanctuary contained a beautiful floral display made by Linda Lister which not only incorporated the red liturgical colour associated with the Saints’ Day but also a scroll bearing an inscription from Matthew 16: 18,19. In keeping with this verse Linda had also added red keys to the display and a bible, representing the one give to Fr Edward at his priesting. 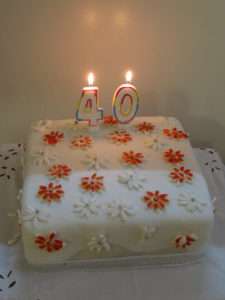 Following the celebratory Eucharist the congregation were invited to St. Andrew’s Hall for some delicious anniversary cake made by Linda Smith and “fizz”, where they were joined by other members of the Diocese to congratulate Fr Edward on his special day. 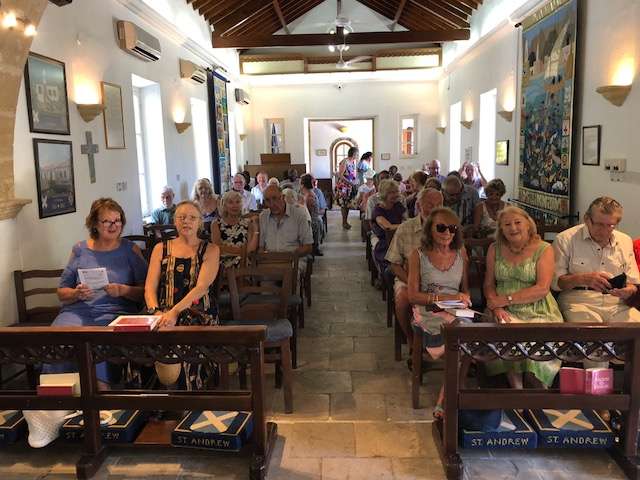 The congregation before the service 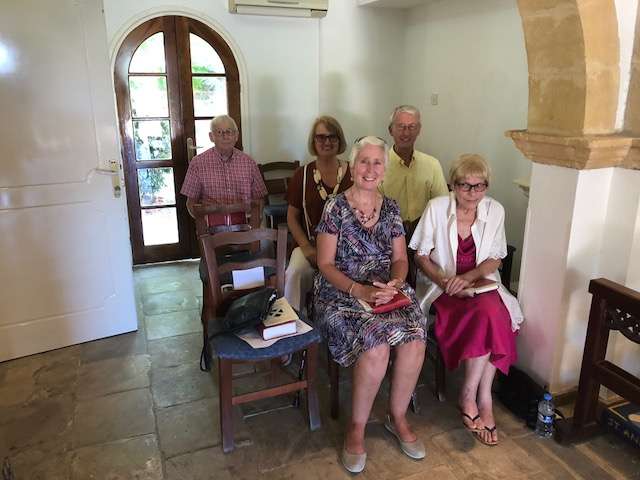 The congregation in the “naughty corner”! 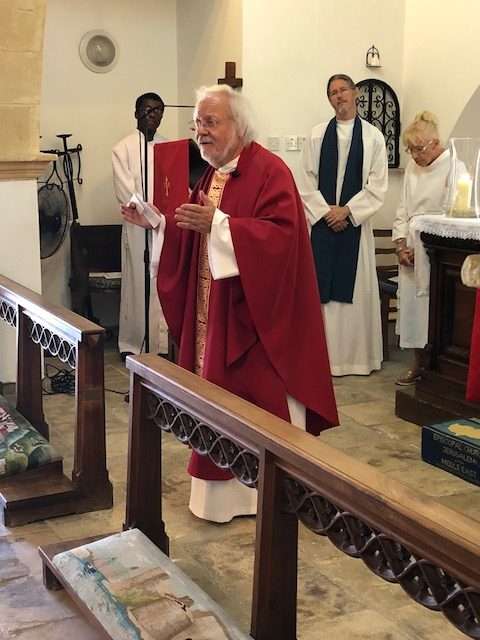 Fr Edward celebrates at the Eucharist 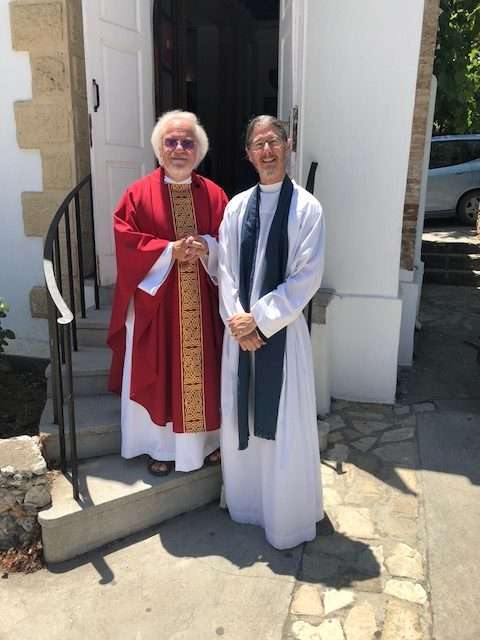 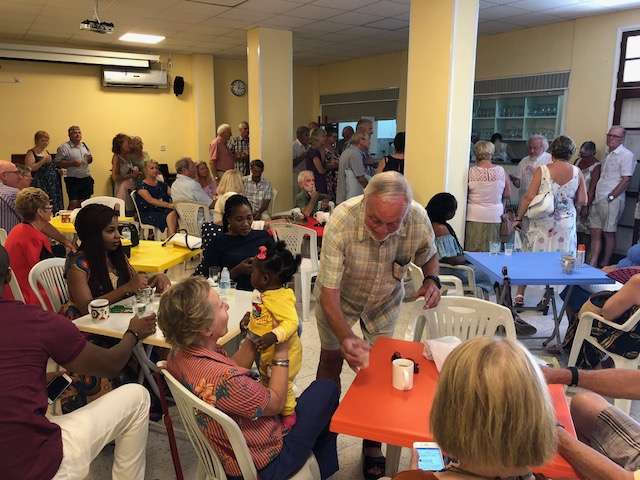 The congregation enjoying refreshments in the Hall 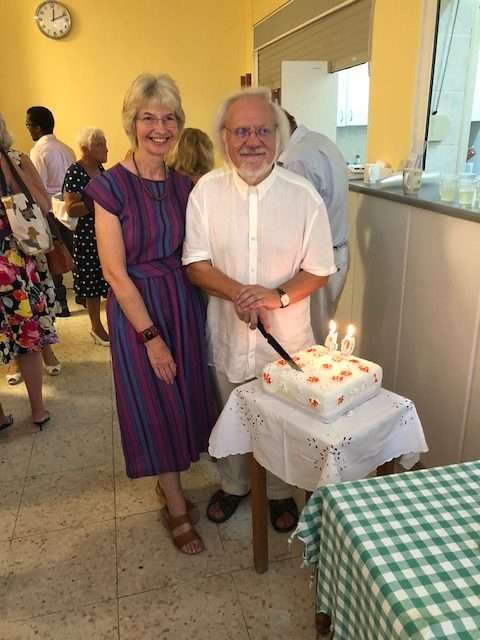 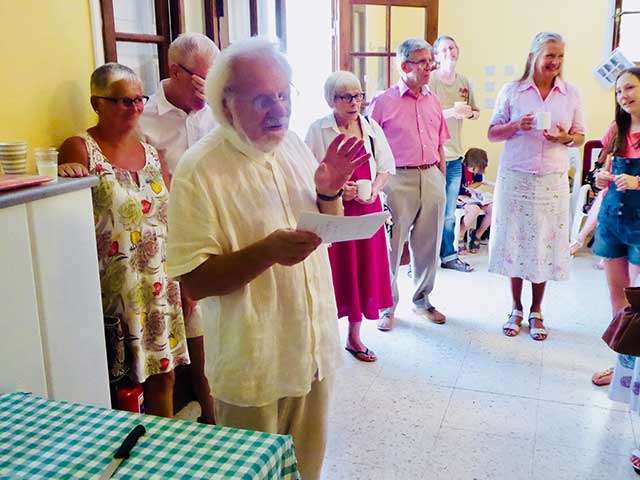 Fr Edward speaks in the Hall