Following the St. Andrew’s Lenten Appeal seeking donations to help ease the plight of those suffering as a result of the war in Ukraine, a total of TL12500 was raised.

This was handed over by Janet Graham (the instigator of the appeal) and Fr Mike to Kuzey Kibris Türk Kızılay Derneĝi (the North Cyprus Turkish Red Crescent Society) Başkanı Sezai Sezenat their offices in Lefkoşa on Wednesday.

The money, together with other sums raised by the appeal, will be transmitted via the Turkish Red Crescent to the Red Cross in Europe where it will be distributed to those most in need.

Sincere thanks to all those who contributed. 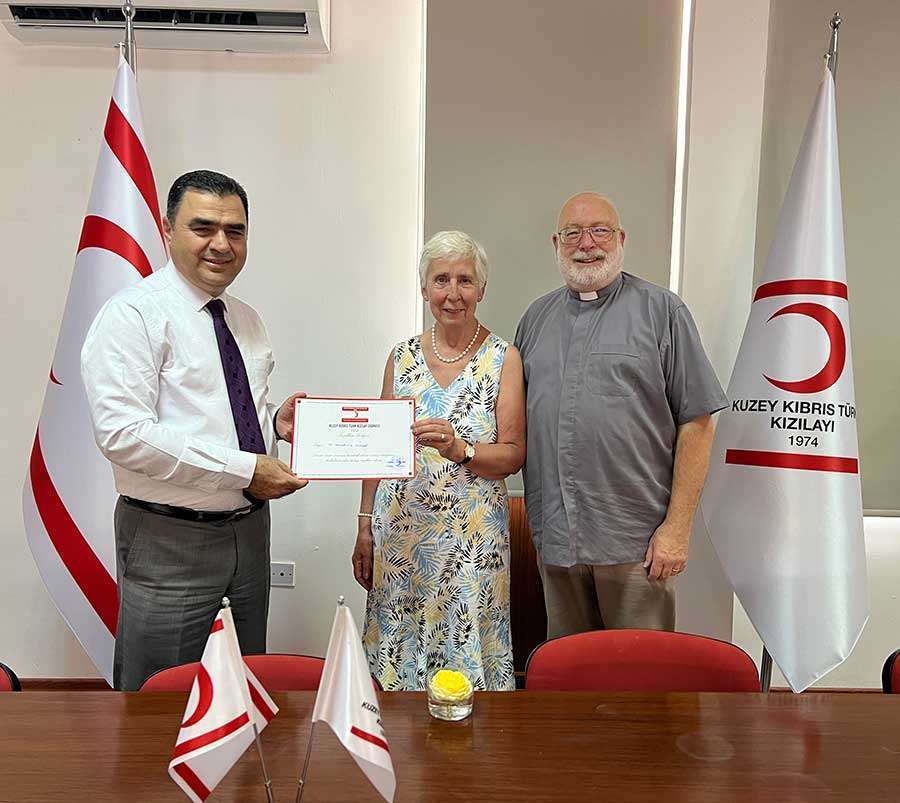