Cantate, the Girl Choristers and Choral Scholars of Portsmouth Cathedral, first enhanced the beautiful Anglican Office of Evening Prayer according to the Book of Common Prayer which took place in the church at 4.30pm using the musical responses by Bernard Rose. The Psalm for the evening was Psalm 121: I will lift up mine eyes unto the hills; from whence cometh my help. Magnificat, (or Song of the Blessed Virgin Mary) and Nunc Dimittis (or the Song of Simeon) were to musical settings by Sir Charles Villiers Stanford in C. The Anthem was They that go down to the sea in ships by Herbert Sumsion, based on Psalm 107 vv 23-30.

As observed by St. Andrew’s Director of Music, Earl Moffitt, “Evensong was a great gift to us, with the inclusion of Psalm 121 and that beautiful anthem, so appropriate from Portsmouth and the link to here with the ancient shipwreck museum almost within touching distance of the church, bringing the ancient text right to our doorstep.”

The Chaplain, the Revd Wendy Hough, officiated at the Service, during which three magnificent oak choir pews were dedicated to commemorate the Golden Wedding anniversary of Ian and Linda Smith. 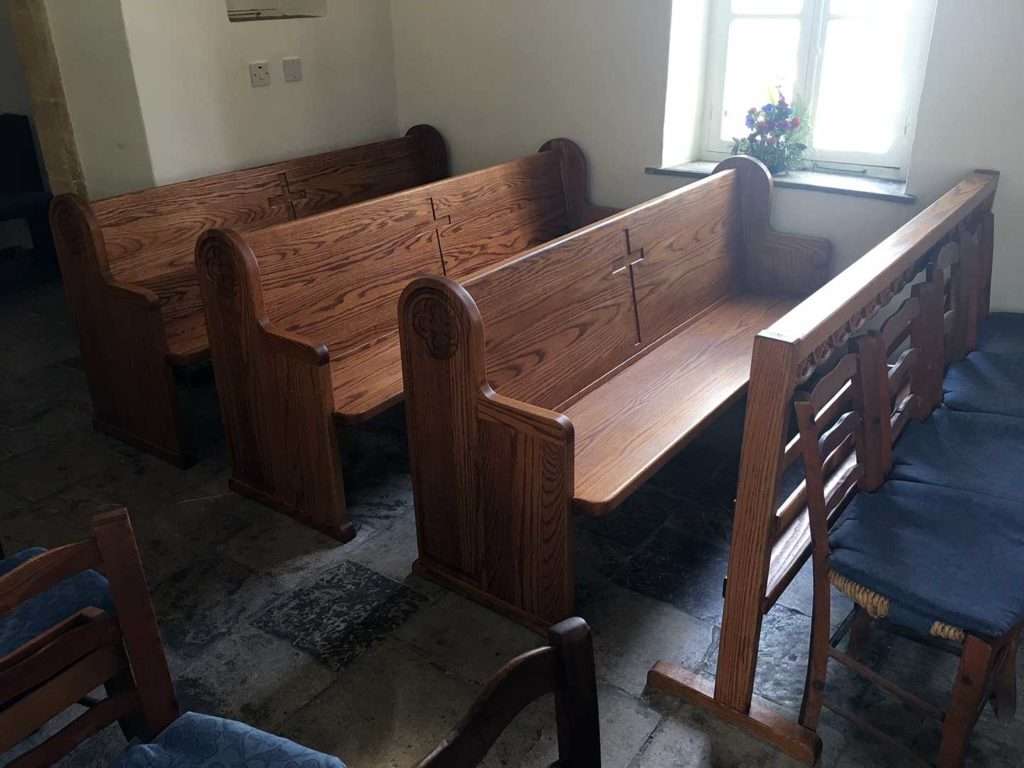 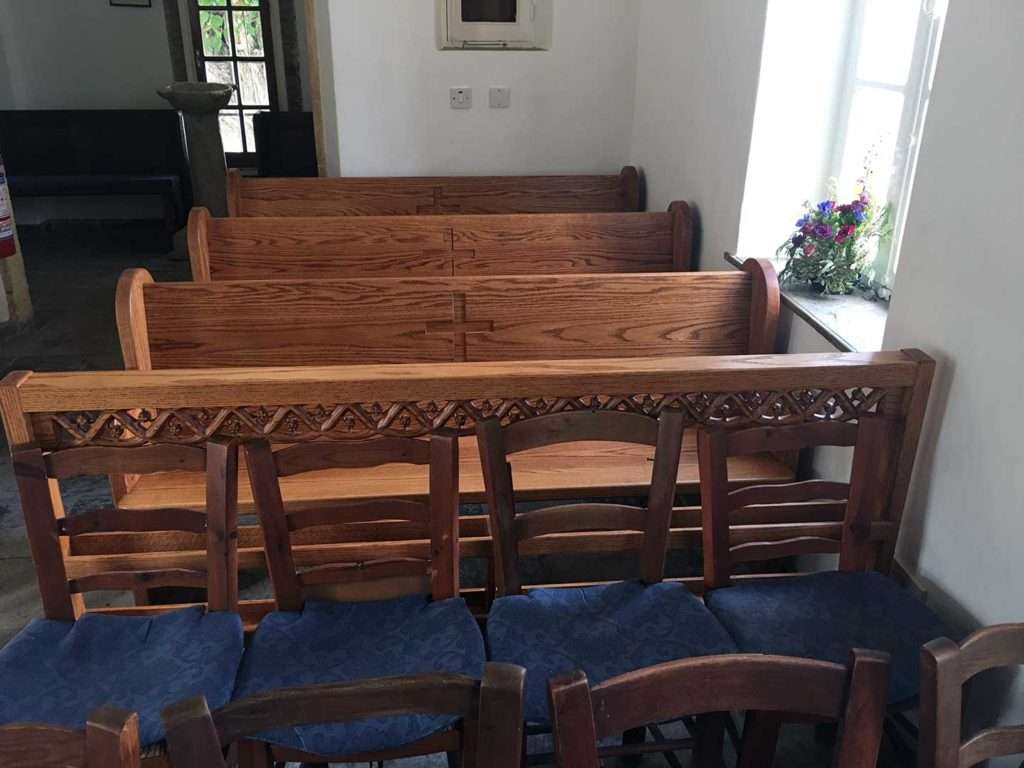 The choir were then royally entertained to a repast served in the Parish Hall before their next appearnce.

This took the form of a Concert in front of a packed audience at which the choir performed A new song by Sir James MacMillan with its inflections of Scottish folk music, Gaelic Psalmody and plainsong. This was followed by Five Mystical Songs by Ralph Vaughan Williams, a lovely set of evocative and beautifully haunting songs with words by George Herbert: Easter; I got me flowers; Love bade me welcome; The Call; Antiphon (Let all the world in every corner sing).

The choir sang Gabriel Fauré’s Cantique de Jean Racine which has all the emotional appeal and refined elegance that one associates with its composer. This was followed by Geistliches Lied, Op. 30 Lass dich nur nichts nicht dauren (Let no sad thought oppress thee) by Johannes Brahms and Ubi caritas by Ola Gjeilo, a piece with a sound at once modern and medieval.

The congregation joined the choir in singing the hymn Angel voices, ever singing, words by Francis Pott (1832-1909) to the eponymous tune written by E.G. Monk (1819-1900) during which an offering for St. Andrew’s Annual Music Week was received .

The Choral Scholars then sang Good Old Way, a traditional piece arranged by Oliver Tarney, and the Beatles’ Blackbird, arranged by Daryl Runswick.

The final piece was A hymn for St. Cecilia with words by Ursula Vaughan Williams and music by Herbert Howells.

All who attended were delighted at this group of young, talented people, ably led by their Director of Music Dr. David Price. Sincere thanks also to the tour organiser, Nicholas Speller.

During their short stay in Kyrenia the group visited and climbed to the top of Saint Hilarion Castle. We look forward to welcoming them all back at some time in the not-too-distant future to complete their “bag” of Kyrenia Castles by climbing Buffavento and Kantara! 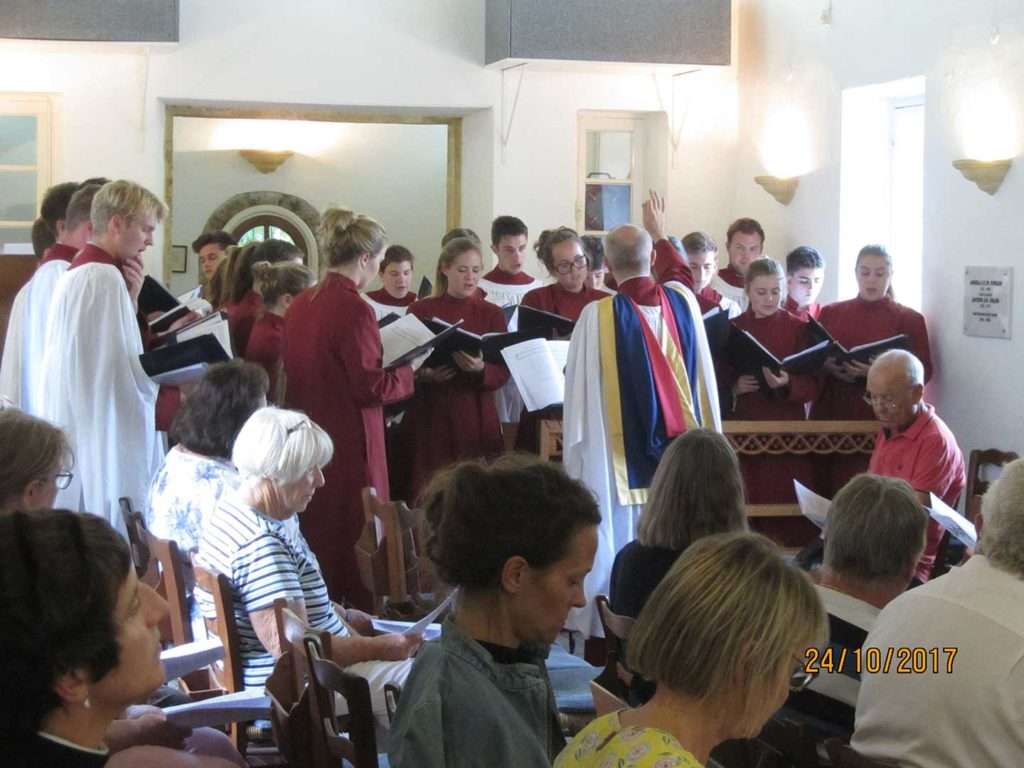 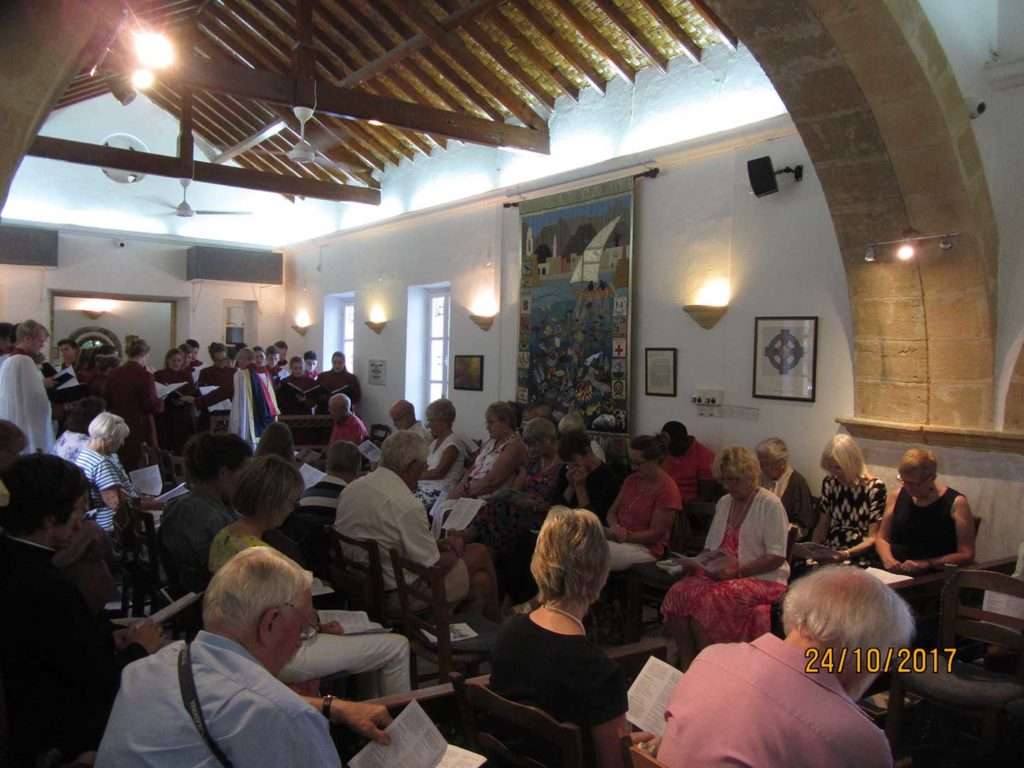 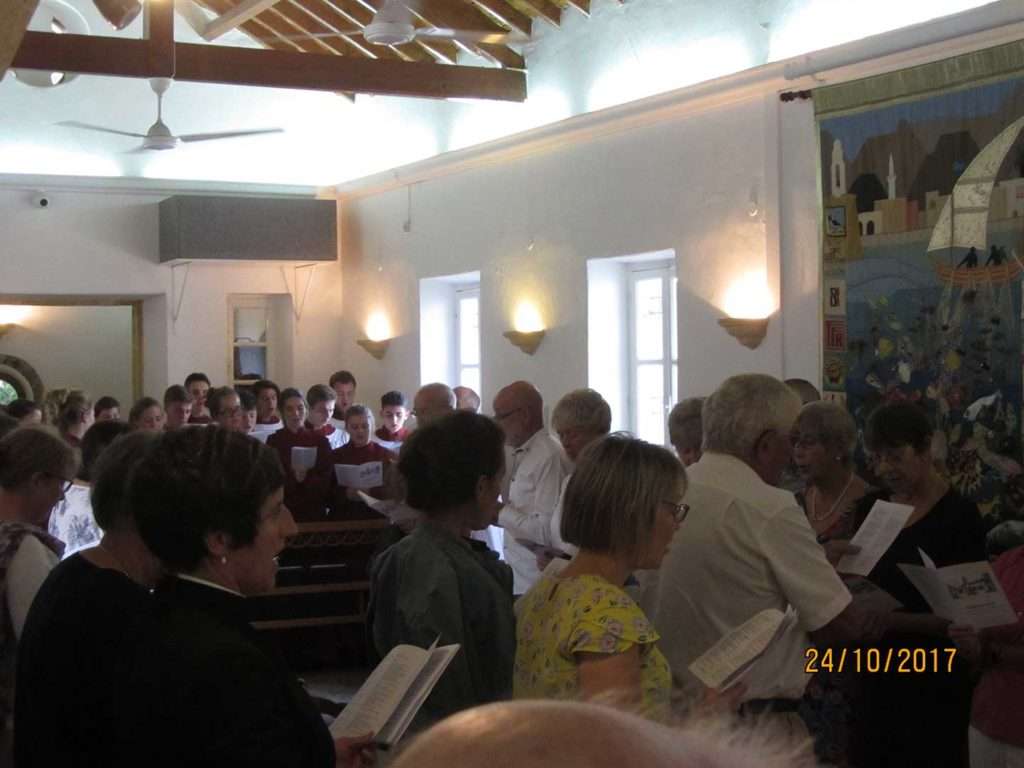 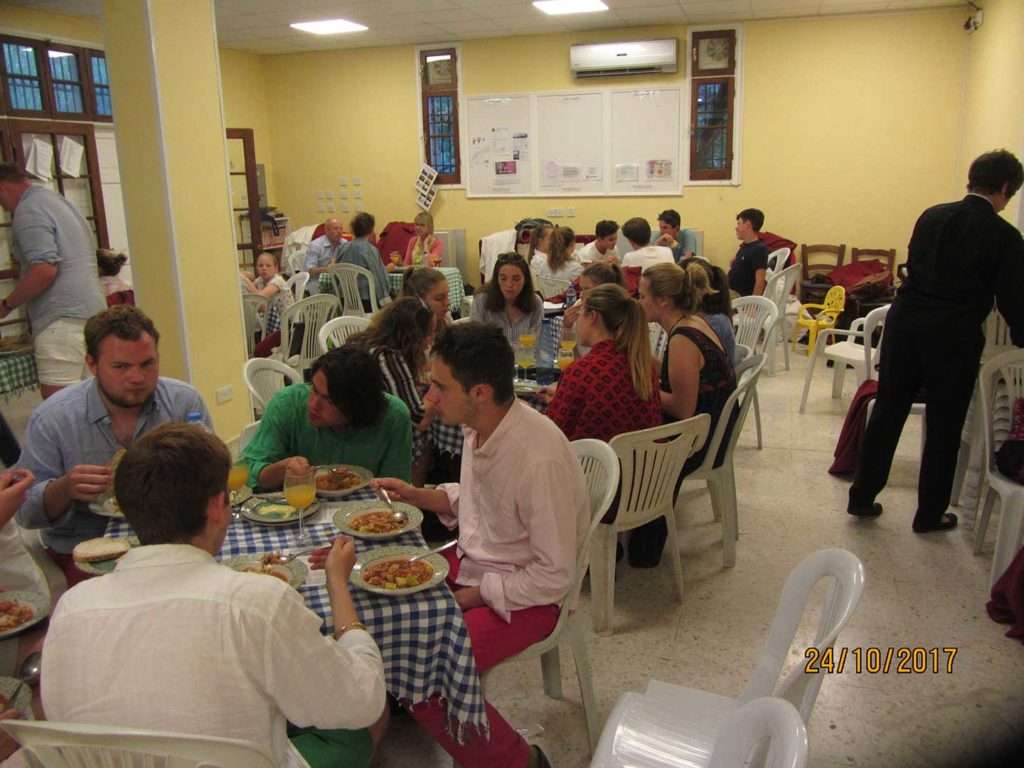 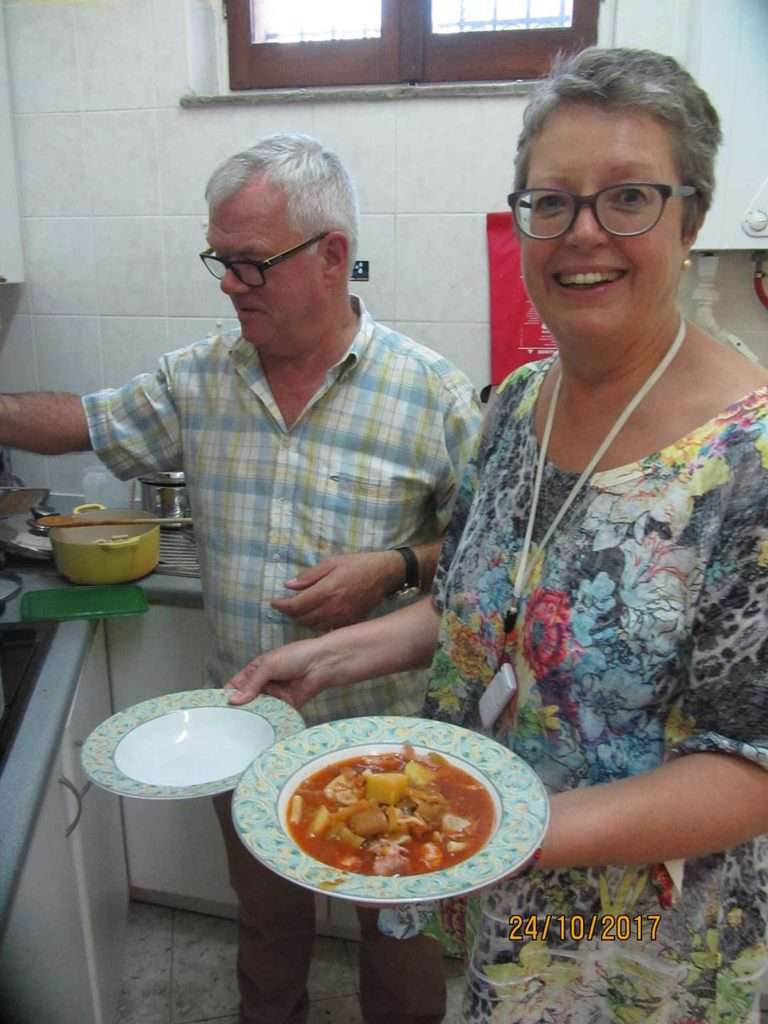 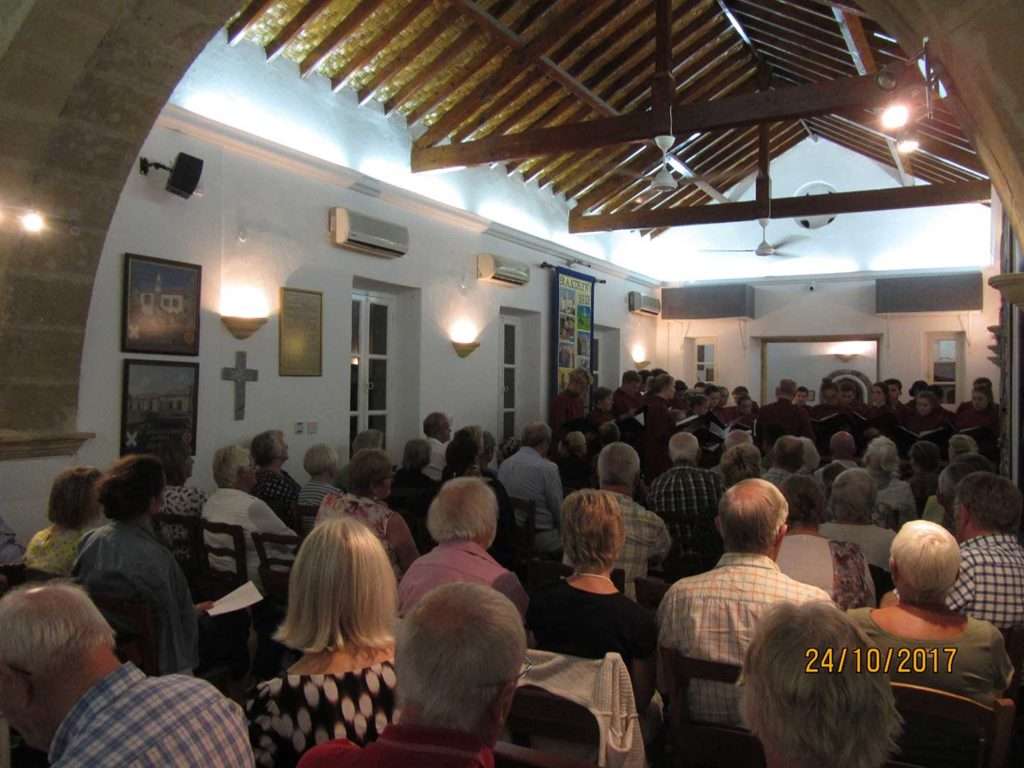 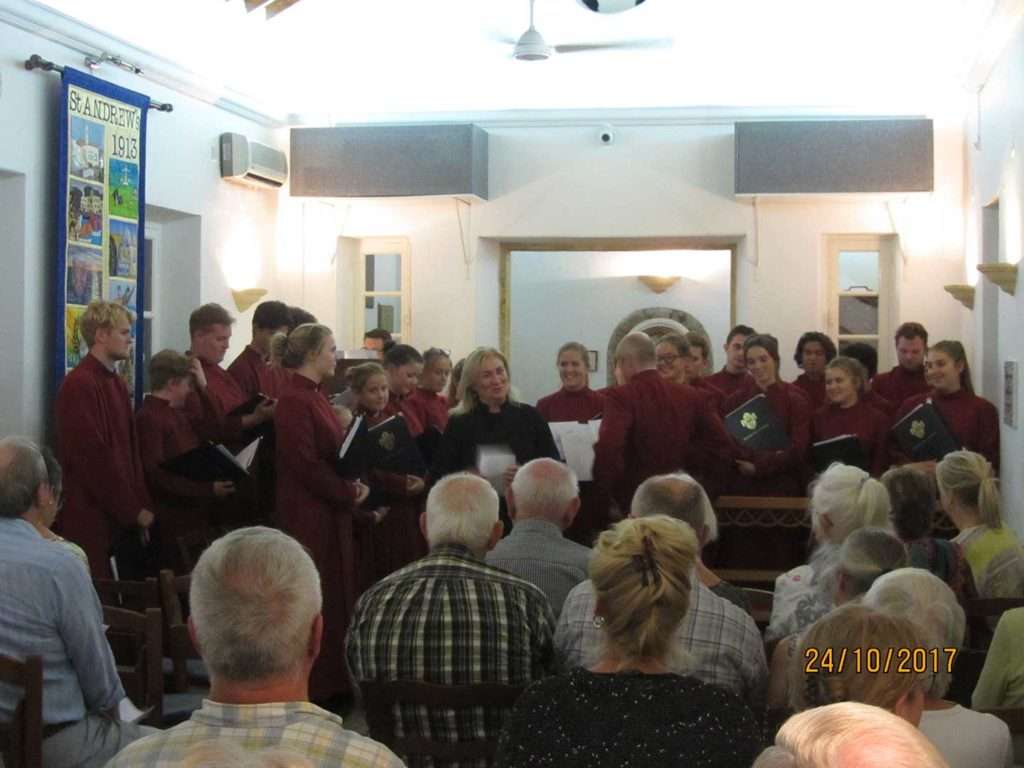 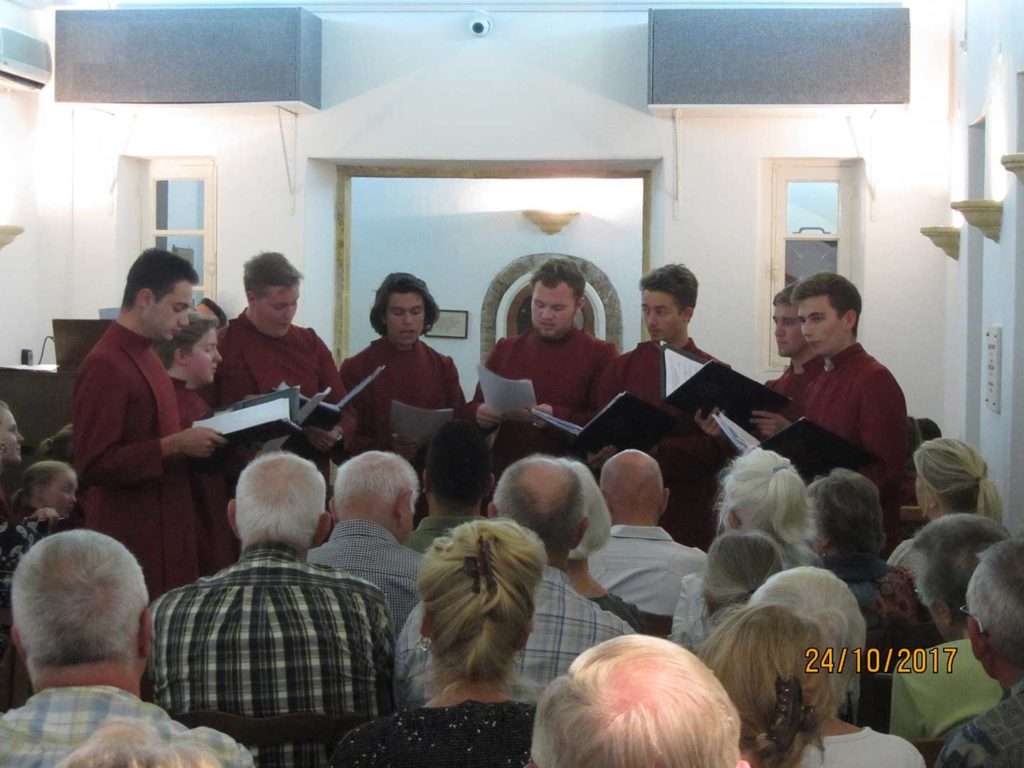 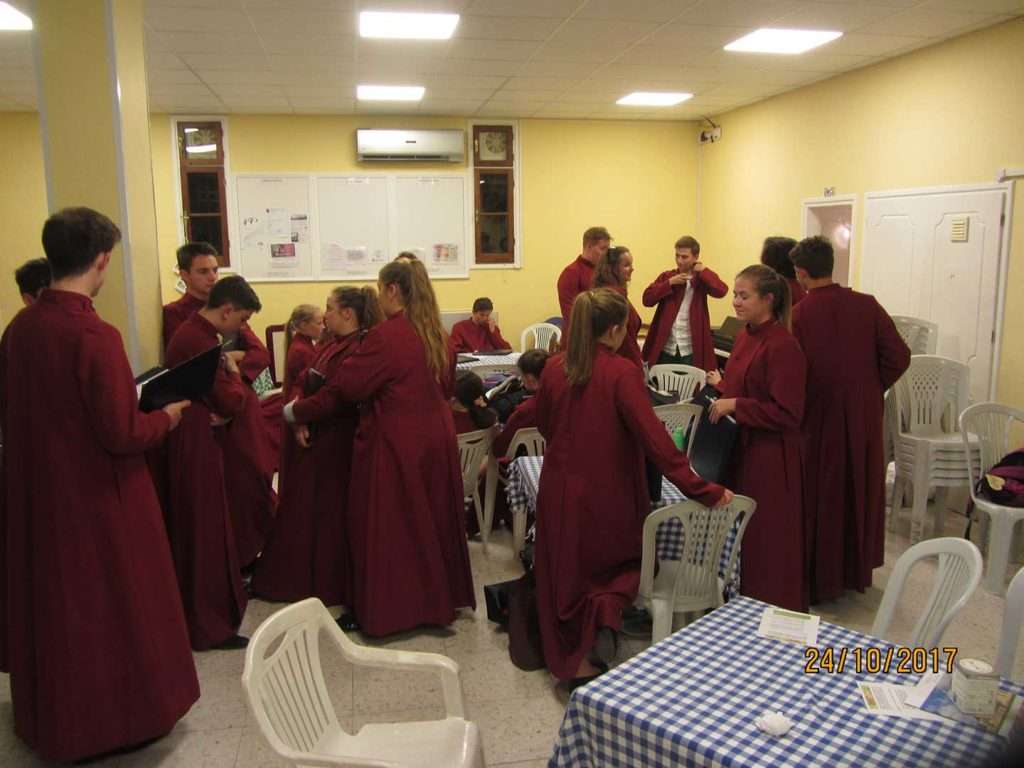