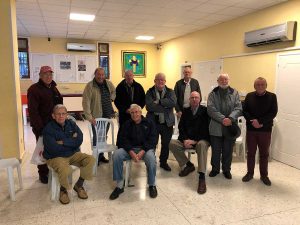 The newly re-formed St. Andrew’s MenMeet men’s group gathered in the Hall on Wednesday 16th February to hear a fascinating account of the terrible scourge of Ebola which affected Sierra Leone in 2013.

Bob Cowan, the guest speaker at this first meeting, was working in the country as a Cocoa Plantation Manager when the epidemic struck. He described vividly the effects of the disease as it rampaged through the country and his own efforts to help. Illustrated by some of the photographs he took while there, Bob gave the meeting a new insight into the appaling tragedy which hit this and surrounding countries.

Bob’s own bravery and hard work were very evident when he told of his offering of help in the initial, uncoordinated response to the disease.

All came away with a new appreciation of the effect of Ebola in sub-saharan West Africa during that time.

The February MenMeet will gather in St. Andrew’s Hall on Wednesday 20th February at 11:00am. After the meeting those who wish to do so will repair to The George for lunch. 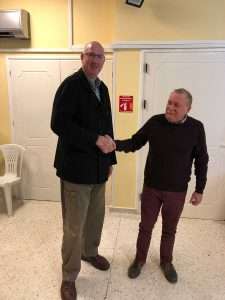 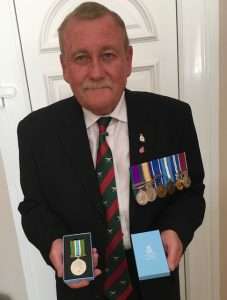