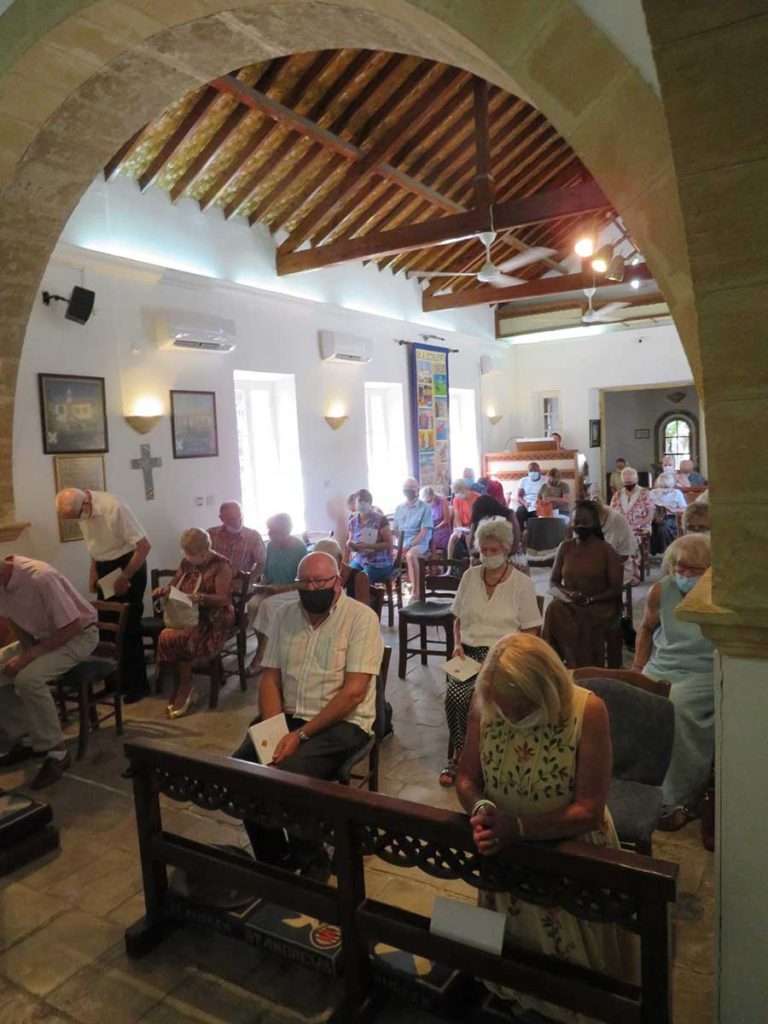 Sunday 19th September 2021 marked a new beginning in the life of St. Andrew’s Anglican/Episcopalian Church in Kyrenia when Archbishop Michael Lewis, Bishop in Cyprus and the Gulf, licensed the Revd Fr Michael Graham as Priest-in-Charge (SSM) of the parish.

A church full to the limits permitted by Covid restrictions witnessed Fr Michael’s licensing and joined together after the service for some socially distanced light refreshments in the church grounds.

Fr Michael and his wife Janet had finally managed to return to the TRNC after a Covid-enforced absence of over 18 months. Having served as Locum in St. Andrew’s following the departure of the former Chaplain, Fr Michael will now take up this new post for a period of two years.

Ordained in the Church of Ireland in 1995 Fr Michael was previously Incumbent of Drogheda, Ardee and Kilsaran Unions of Parishes in the Diocese of Armagh. He and Janet moved to the TRNC in January of 2016 and have a home in Ozanköy where they will continue to live due to the unavailability of the Chaplaincy accommodation, the Hermitage.

“We are delighted to be back in our Cyprus home and it’s good to see so many faces, familiar and new, here with us in St. Andrew’s this morning.” said Fr Michael. “As Archbishop Michael said to us in his sermon we should see what we should do, know what we should do and above all do what we should do for the whole of the community in which we live. That is the challenge we face, and I look forward to working with everyone in the parish to make that a reality.” 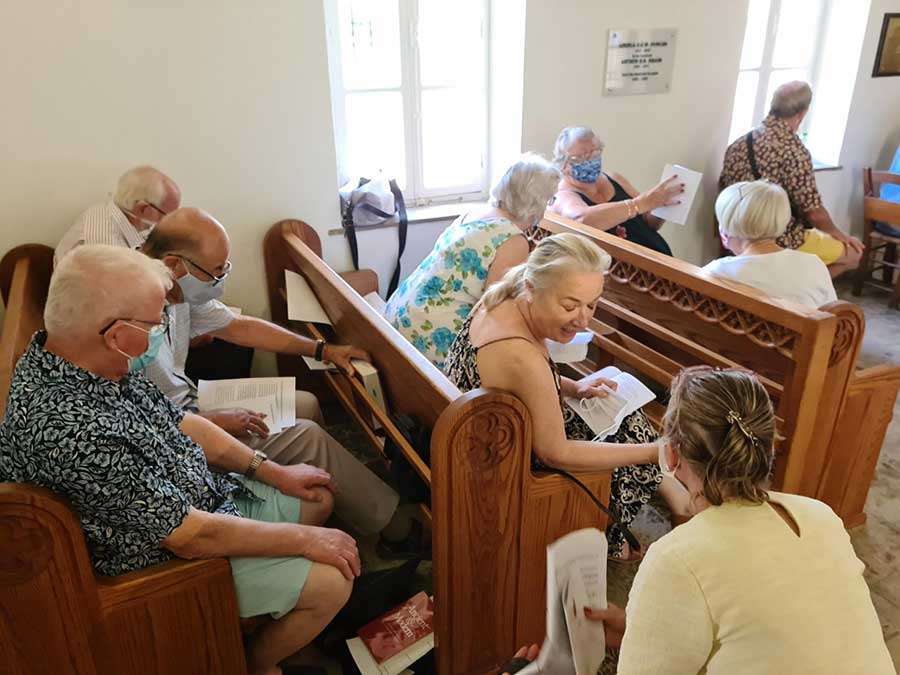 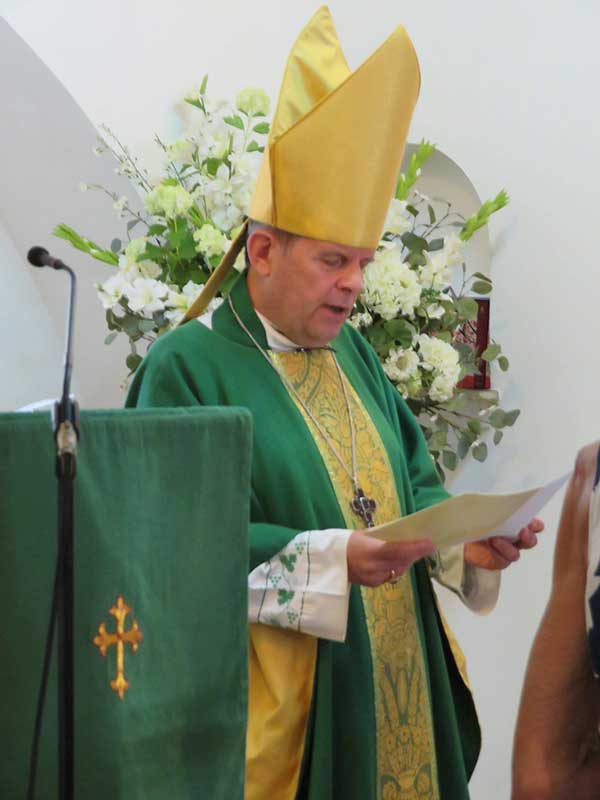 The Preface, read by the Archbishop

The Episcopal Church in Jerusalem and the Middle East is part of the One, Holy, Catholic and Apostolic Church worshipping the one true God, Father, Son and Holy Spirit.  It professes the faith uniquely revealed in the holy scriptures and set forth in the catholic creeds, which faith the church is called upon to proclaim afresh in each generation.  Led by the Holy Spirit, it has borne witness to Christian truth in its historic formularies.

In the declaration you are about to make, will you affirm your loyalty to this inheritance of faith as your inspiration and guidance under God in bringing the grace and truth of Christ to this generation and making him known to those in your care? 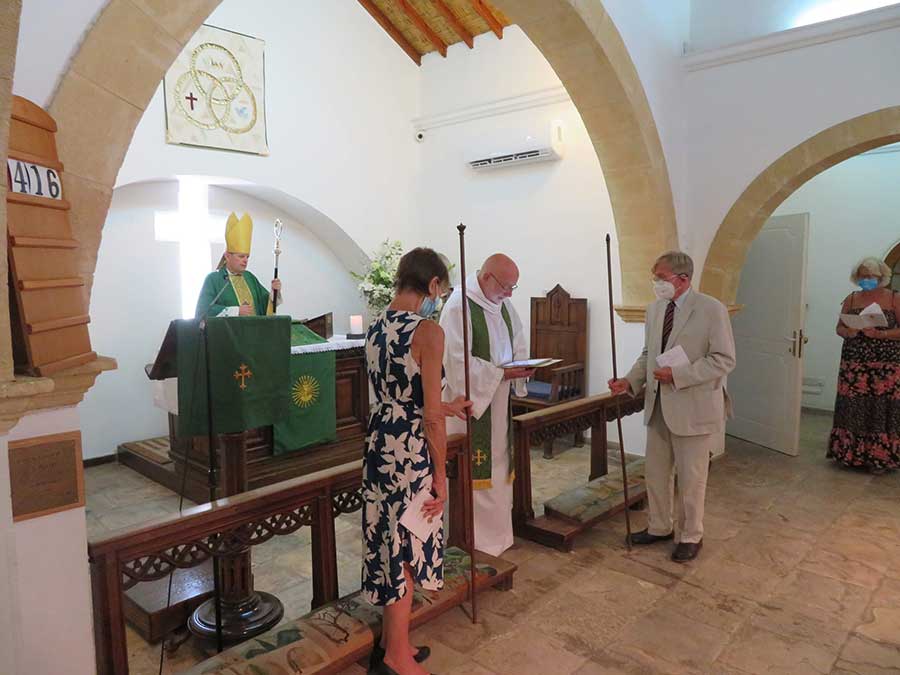 The Declaration of Assent is read to the Congregation

I, Michael Graham about to be licensed by the Bishop in Cyprus and the Gulf do solemnly make the following Declaration: I assent to the Statement of Doctrine and Worship contained in the constitution of the Provincial Synod of the Episcopal Church in Jerusalem and the Middle East.  I believe the Doctrine as therein set forth to be agreeable to Holy Scripture and the Catholic Creeds.  And in public prayer and the administration of the sacraments I will use only such forms of service as shall be permitted by lawful authority. 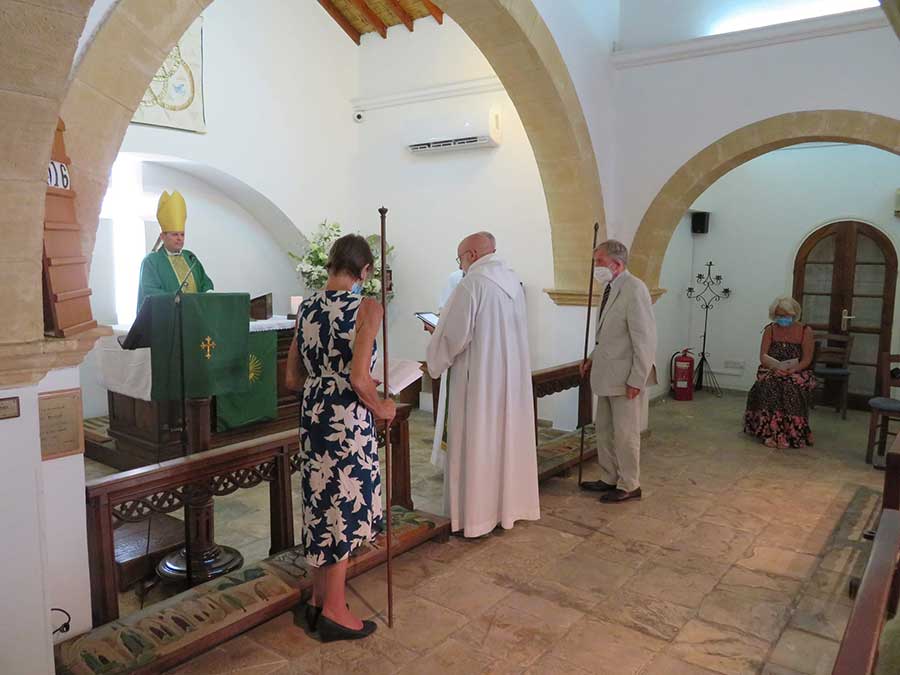 I, Michael Graham do swear by Almighty God that I will pay true and canonical obedience to the Bishop in Cyprus and the Gulf and his successors in all things lawful and honest. 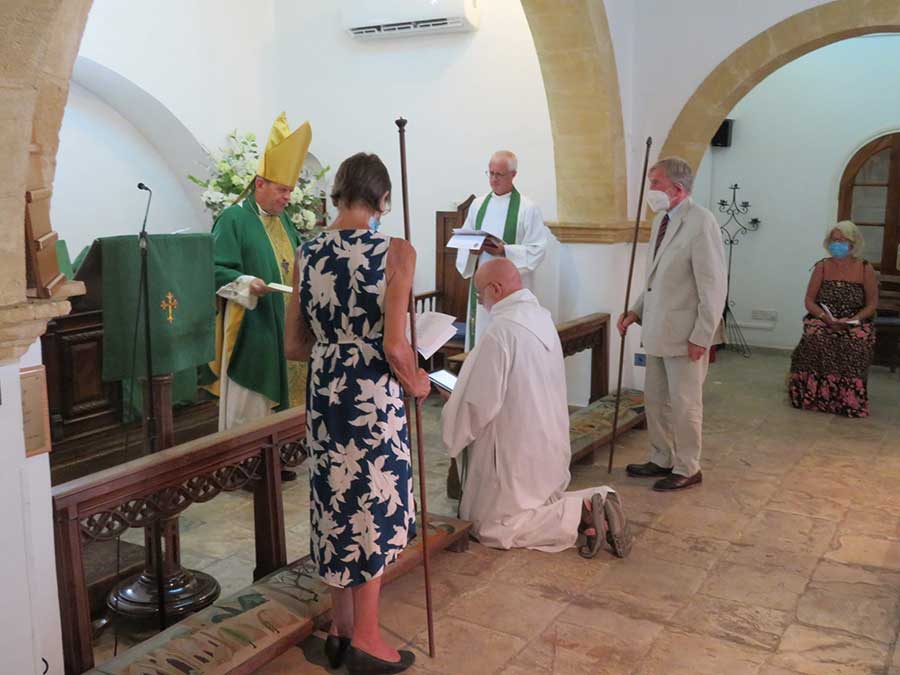 Michael Augustine Owen, by Divine Permission Bishop in Cyprus and the Gulf to Our beloved in Christ

We do by these presents give and grant unto you in whose fidelity, morals, learning, sound doctrine and diligence We do fully confide Our licence and authority and now institute you to exercise the office of Priest in Charge of St Andrew’s Church Kyrenia within our diocese and jurisdiction in reading the common prayers, in administering the sacraments, in preaching the word of GOD, and performing other ecclesiastical duties belonging to the said office according to the form prescribed in the Book of Common Prayer or such forms of service as shall be permitted by lawful authority, you having first made the Oath and Declaration which in this case are required.

Provided always that this our licence may be revoked by us at our pleasure.

In witness whereof We have hereunto set our hand and caused Our episcopal seal which we use in this behalf to be hereto affixed this Nineteenth day of September in the year of Our Lord Two Thousand and Twenty One in the Twenty Second year of our consecration and of our translation the Fourteenth. 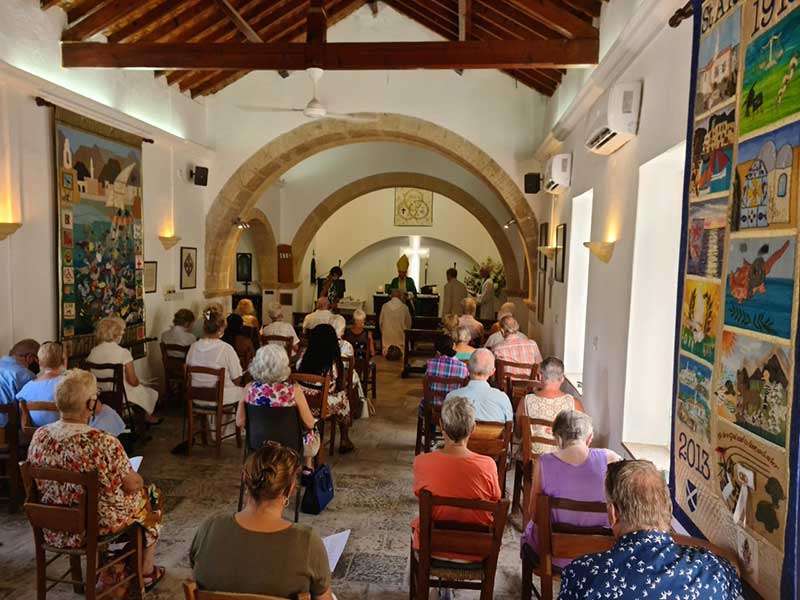 The Congregation watch the receipt of the Licence